Two years after the Chinese government introduced its "three red lines” property policy tool, the real estate sector has continued to be a burden on the country’s economy. Coupled with its zero-Covid policy, which has stagnated economic growth, some market observers believe the country is heading towards a balance-sheet recession similar to what Japan experienced more than 30 years ago. 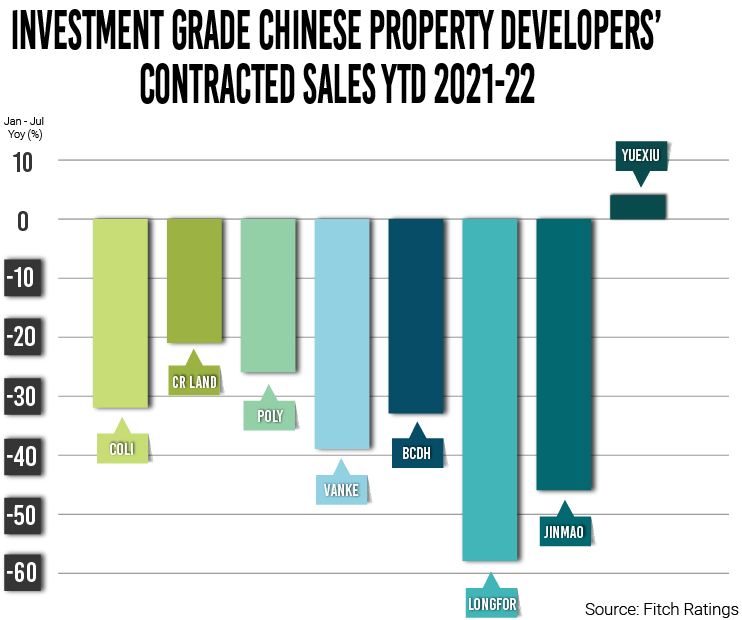 At first glance, both countries appear to be experiencing similar economic difficulties. Among them are macroeconomic imbalances, such as large and protracted current account surpluses. As well, the financing of developers was liberalized through shadow banking, says French bank Natixis in a research report. But four key differences in the underlying dynamics distinguish the two countries in terms of their slowdown paths, the bank adds.

The first difference is how the countries responded to external pressure. In the face of a current account surplus, Japan signed the Plaza Accord with G5 nations in 1985 to appreciate the yen. China, however, amid a trade war with the US, imposed tariffs.

The second difference is the increase in current account surplus in China, whose economy is more dependent on manufacturing exports. As for Japan, until the pandemic hit, it had been enjoying increasingly higher exports of tourism services.

The third is the extent of market force. The Chinese government, by comparison, has a larger control over the urban land and, therefore, the housing market. A heavy reliance on real estate assets in China has also prompted the government to take up greater responsibility to avoid a hard landing in the sector. As well, a tighter control over the financial system by the Chinese government allows for more flexibility in supporting and stabilizing the economy.

Compared with Japan, China is also more likely to be under greater financial stress given the current call for stronger fiscal stimulus. “This is different from Japan’s experience when the share of public debt barely changed in the following years after reaching the Plaza Accord, but only increased later,” writes the bank. While the Chinese government is still able to maintain a sustainable fiscal balance from a large share of government-controlled resources, the long-term effectiveness of resource reallocation, which is a key to economic growth, will be affected, the bank adds.

While some analysts argue that the macroeconomic risks in China are confined to the real estate bubble, there is also belief that China is on the verge of a balance-sheet recession.

Balance-sheet recession, a theory put forward by economist Richard Koo in 2003, is a type of recession that occurs when severe damages to the balance sheets of businesses and households force them to collectively focus on saving to pay down debt and deleverage, rather than consuming and investing. A prime example is Japan’s asset bubble burst in the 1990s, which saw a plunge in commercial real estate and housing prices.

It is known to be a thornier economic problem than an ordinary recession as the damage entails is usually greater. Under a balance-sheet recession, the traditional transmission mechanism does not serve as an effective toolkit in economic recovery.

“China has moved towards a policy of more dynamic support, based on support for companies and key sectors, especially infrastructures, and targeted at small firms, innovation and youth unemployment,” says François Godement, senior advisor to a French think-tank Institut Montaigne. “With most stimulus going to the supply side of the economy, and not to the demand side, China faces the growing risk of a balance-sheet recession, where low expectations curtail consumption and create a fiscal debt – and more debt,” he notes.

But not all attribute the crisis solely to the downfall of real estate sector.

According to a white paper from think-tank China Finance 40 Forum, China is possibly experiencing an “impaired balance sheet” from a resurgence of coronavirus outbreaks, asset revaluations and a transformation of medium- and long-term growth models.

Asset revaluations and balance-sheet adjustments have taken place in the internet, private education and real estate sectors. The crisis in the real estate sector, in particular, is further aggravated by the developers’ off-balance-sheet debt obligations, and the impacts have spilled over to governments, households and businesses, the report explains.

The report also suggests that debt continues to drive growth in China but the previous overly optimistic growth predictions may lead to payback issues. “Debt load that future revenue and cash flow can support may not be as large as in the past, which means that many entities will have to deleverage,” it notes.

As China's macro economy is likely to experience a weak expansion under a balance-sheet damage scenario, the think-tank suggests that a strong counter-cyclical adjustment, as well as a targeted and creative policy, should be in place. “Only in this way can we achieve a steady growth and stabilize the fundamentals of the economy,” it writes.

Whether it is a balance-sheet recession or impairment, the Chinese policy guidance on the real estate sector will have a profound impact on the overall economy. Real estate has been a significant driver in China’s economic development. According to the World Bank, around 30% of China’s GDP comes from real estate and its related business activities in the supply chain. Property alone has contributed to a whopping 60% of the total value of assets owned by Chinese households in 2019, according to the People's Bank of China.