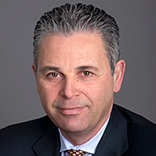 International Monetary Fund managing director Kristalina Georgieva has announced the appointment of Bernard Lauwers as director of the finance department. Lauwers is expected to assume his new role on April 21, succeeding Andrew Tweedie, whose departure was announced in February.

Lauwers, a Belgian national, is a senior finance executive with over 30 years of experience across international financial institutions and in the private sector, spanning over multiple sectorial activities and countries.

He joins the Fund from the World Bank Group (WBG), where he was the group-wide vice president and controller from 2014 to 2019, and then vice president on special assignment, leading major institution-wide initiatives such as the Libor transition and integrated reporting.

For most of 2019 he was acting managing director and chief financial officer, responsible for overseeing financial reporting, risk management, and the sustainable mobilization of financial resources. He also led the client service function for WBG corporate expenses and WBG trust funds.

Prior to holding those positions, Lauwers was chief administrative officer of the WBG’s International Finance Corporation (IFC), overseeing information technology, corporate strategy, facilities management and security, and the leadership of cross-organizational efficiency/productivity improvement efforts. He joined IFC in 2009 as controller and director of the finance and accounting department, in charge of financial sustainability, and the IFC back-office function, IFC’s liquid assets and borrowings portfolios, as well as internal controls over financial reporting, procurement and data governance.

Before joining IFC, Lauwers built nearly 20 years of international finance experience across various industries, including management positions in several large multinational companies such as the biopharmaceutical UCB Group (where he was in charge of global controlling, mergers & acquisitions, strategic planning, shared services, and treasury), Cable & Wireless, Owens-Corning and A.C. Nielsen.

Lauwers holds a master’s and a bachelor’s degree in Engineering & Business from Solvay Business School in Belgium and the designation of certified financial analyst by the European Federation of Financial Analysts Societies.